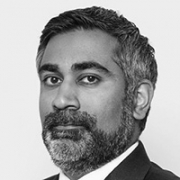 Saad Rahim is the Chief Economist for Trafigura, a market leader in the global commodities industry.  He is responsible for the company’s views on markets and macroeconomics, including the outlook for oil and metals markets, commodity prices, equity and credit markets, and political risk. Prior to joining Trafigura, he was the Chief Economist at BG Group, a major integrated oil & gas company where he was similarly responsible for the Group’s views on oil, gas and LNG markets, and advised the company’s Executive Management and Board of Directors on markets, macroeconomics and global risk.  Saad joined BG Group after leaving Chevron Corporation, where he served as the Deputy Chief Economist for Chevron Corporation and responsible for their forecasts and analysis on macroeconomics, geopolitics and energy prices. He also focuses on global energy trends, including National Oil Companies, OPEC policy, carbon initiatives and consumer and producer country policies. Prior to Chevron, Saad was an international energy advisor with PFC Energy in Washington, DC. While there, he managed their macroeconomic forecasting, country risk services, and geopolitical analysis focused on the Middle East and Asia. He also created and managed the National Oil Companies retainer service, the first such offering in the industry. Saad’s analysis has been featured in the Economist, New York Times, Wall Street Journal and Financial Times as well as numerous regional outlets, and he has been a frequent guest on CNN, CNBC, Bloomberg TV and other major media. He has published works in the Petroleum Economist, the Middle East Report, and Global Issues (Middle East), and contributed to volumes on Energy Security & Global Politics and China's Energy Strategy. Saad holds BA degrees in Economics and Political Science from Stanford University, and attended the Johns Hopkins School of Advanced International Studies (SAIS) for advanced degree work in International Economics and Global Energy.