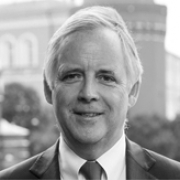 Christopher Weafer is the founding partner of Macro-Advisory Ltd, an independent macro consultancy which provides macro-economic, political and business trend advice for business managers and investors working in Russia, the C.I.S., Iran and across the broader Eurasia region, including Mongolia. He has written extensively about all of these countries.  Christopher has worked in Russia and the CIS/Eurasia region for over twenty years. Most recently he was voted the best Policy Forecaster for 2016 by Focus Economics. He was also voted best investment strategist in Russia-CIS for 2013/’14 by investors in separate polls carried out by Thomson Reuters Extel and Institutional Investor magazine. He has regularly placed in the top three of these respective polls over the past fifteen years.  Christopher is also an expert in all aspects of the China sponsored Belt & Road transport system and the Indian-Iran sponsored North-South Transport Corridor. In January this year Christopher was appointed Ambassador for the Eurasia region for the Beijing based Confucius Foundation.  Before leaving to co-found Macro Advisory, Christopher held the position of Chief Strategist at Sberbank-CIB, Russia's largest bank and one of the biggest banks in Europe. Prior to that he served for four years as Chief Strategist with Uralsib Financial Corporation and for five years with Alfa Bank, two of Russia's largest privately owned financial groups. His first role in the region was as Head of Research with Troika Dialog, a privately owned investment bank, from June 1998. He held that position for over four years.  Prior to coming to Russia Christopher worked as Head of Research for NatWest Markets in Bangkok, Thailand, during the Asian financial crisis of 1997/'98. Before that he was Senior Investment Manager at the Abu Dhabi Investment Authority, one of the world's largest sovereign wealth funds, based in Abu Dhabi City. Chris started his investment career with the Irish Life Assurance Company in Dublin, Ireland, and has accumulated over thirty eight years’ experience in emerging markets.  Christopher is the author of a wide variety of published articles about Russia, Central Asia, and the Eurasia region and about macro energy trends. He is widely quoted in the international financial press and appears regularly on, e.g. BBC, CNN International, CNBC, and Bloomberg.  Macro-Advisory Limited is an independent consultancy, based in Moscow and Washington, but covers the entire CIS-Eurasia region, including Mongolia. Macro-Advisory’s client base includes many of the biggest international companies working in the region plus a growing number of Russian companies. Macro-Advisory provides regular published macro-political and business trend analysis across the region, including detailed long-range forecasts, and is increasingly active in customized project work for its clients.